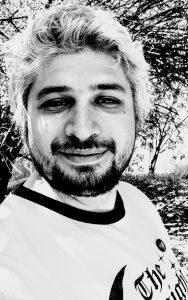 Senior Producer for The Loh Down On Science

Chris Greenspon is the Senior Producer for The Loh Down On Science. His background is thoroughly news radio, beginning in the old school as an engineer and production assistant at classic LA stations KNX and KFWB... But he's also got public radio experience coming out of his ears! At KPCC he's been a news producer, a feature reporter, a documentary editor, and the literal glue that holds pledge drives together. His writing is witty, goofy, and smart -- from the short shocks of Loh Down on Science to his longform podcast series SGV Weekly devoted to his home region, the San Gabriel Valley ("America's largest ethnoburb").