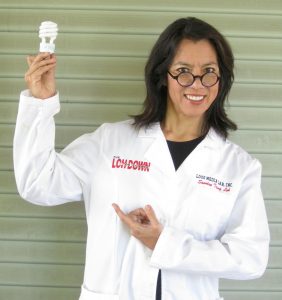 Sandra Tsing Loh earned her BS in physics at Caltech, from whom she won a Distinguished Alumna Award. (She was also the first Caltech alumna to deliver a commencement address.) She sorely disappointed her Chinese engineer father, however, by pursuing a career in the liberal arts. Aside from contributing to NPR’s Morning Edition, APM’s Marketplace, and Ira Glass’ This American Life, she is the author of six books, including Mother on Fire, which reflects her passionate commitment to quality public education for all. Selected by Variety as one of America’s 50 most influential comedians, Loh has starred in two original hit solo shows off-Broadway and at the Geffen Playhouse, Seattle Repertory, and the Kennedy Center. Her most recent play, The Madwoman in the Volvo, based on her New York Times Notable memoir, premiered at South Coast Repertory, running subsequently at the Pasadena Playhouse and Berkeley Repertory. She is an Atlantic Monthly contributing editor and adjunct associate professor at UC Irvine in Drama, where she teaches solo performance and science communication.