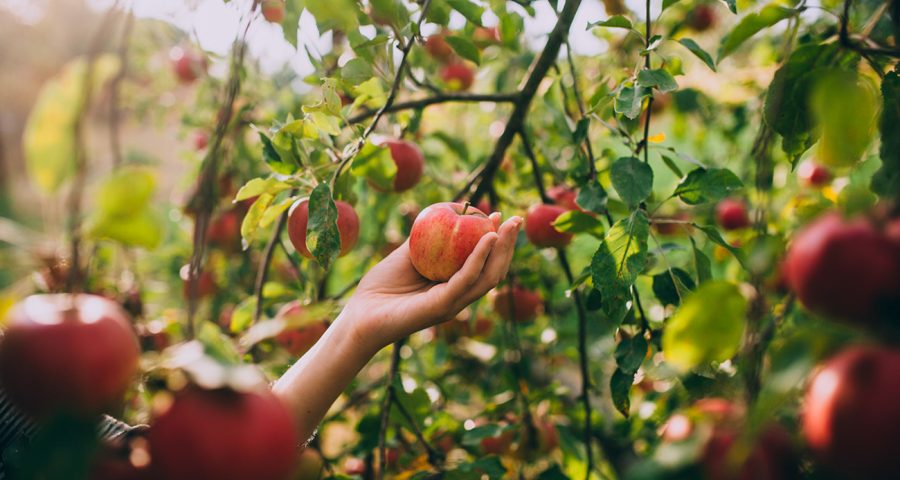 When we eat an apple, we’re also consuming about a HUNDRED MILLION bacteria! Should we be concerned? After all, not all bacteria are evil!

To learn more, Gabriele Berg and her team from Graz University of Technology in Austria went apple picking. They compared organic and conventionally grown apples from various orchards. Organic apples were fresher. Non-organic ones came pre-washed and wrapped in plastic. Each part of the apple was analyzed separately to determine the type and number of bacteria.

What did they learn? Bacteria are most abundant in the core of the apple. However, the peels have the highest bacterial diversity.

The researchers also found that organic apples harbor a much more diverse and balanced bacterial community than the non-organic. Some of the bacteria are even beneficial. Sort of like a probiotic drink! Conventional apples, on the other hand, contain more of the harmful bacteria.

So, for the healthiest bite of the apple? Go organic – and don’t forget the peel!