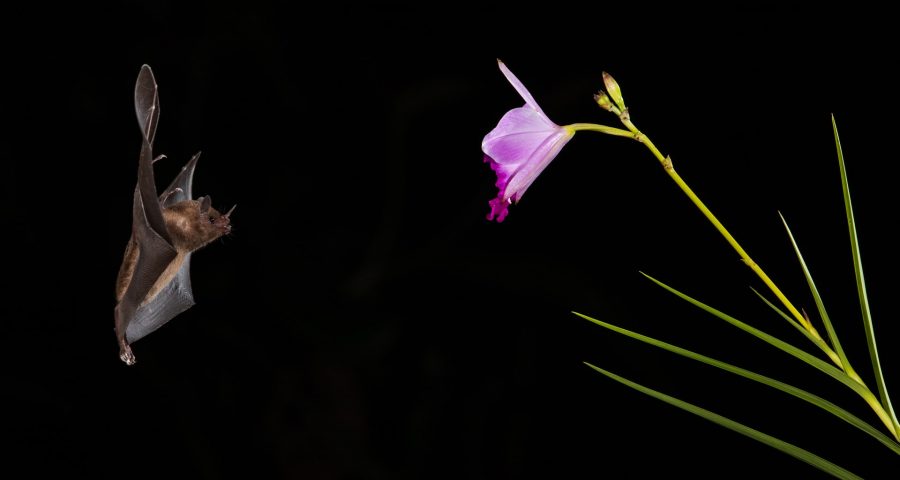 Can bats see into the future?

SWOOP! A black blob dashes by – BATS! Their flight path seems so random – how do these speedy creatures keep track of where they are and where they’re going?

Nicholas Dotson and Michael Yartsev from the University of California, Berkeley wondered.

They surgically fitted four Egyptian fruit bats with wireless sensors that recorded electrical activity of brain cells. Next, the researchers let bats fly around a room. They tracked their 3-D position with sixteen motion capture cameras. Then, they correlated the bats’ brain cell activity and flight path.

And? The electrical signals of some brain cells, called place cells, corresponded to the bat’s FUTURE position. Place cells are located in the hippocampus — the memory zone of the brain. Researchers believe that place cells act as an internal batty G-P-S. Not only do they track the bats’ current position – they also map out its FUTURE movements!

If only we could all navigate our futures so expertly! Wait – is there an app for that?