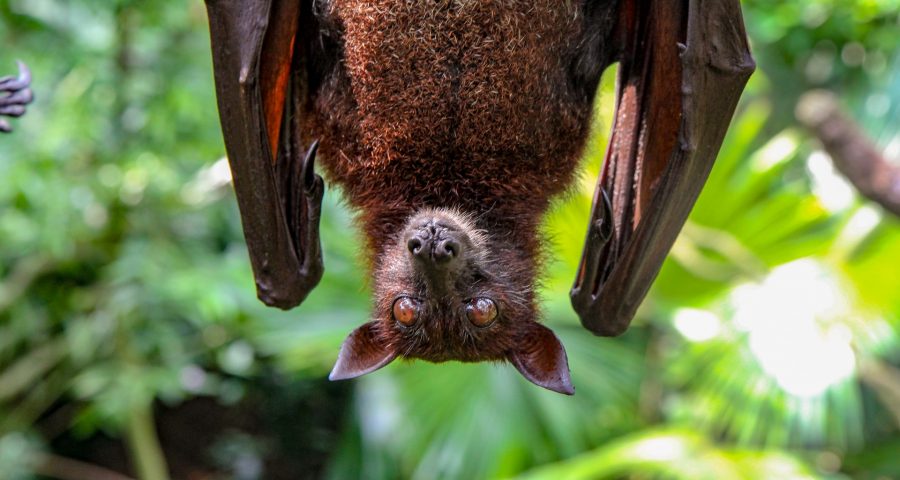 Ugh, this physics test is driving me BATTY!

We humans aren’t born knowing physics! But what gives with a bat? Bats emit ultrasounds which tell them where objects are by how fast the sound waves return.

So . . . bats must know the speed of sound! But are they born with this talent, or is it learned?

Eran Amichai and Yossi Yovel from Tel Aviv University investigated. They raised five bats in helium-enriched air–where the speed of sound is fifteen-percent faster. At one-month-old, their flight patterns were monitored when landing on a target one meter away.

Results? Despite growing up in helium-enriched air, the bats misperceived the distance to the target. But in regular air, they hit the bullseye with ease! Why? Sound waves return faster in a helium-enriched environment compared to regular air. This makes the target seem closer than it really is.

The team says that this suggests bats know the speed of sound in regular air from birth!

Now, I BAT they could help us pass AP physics.