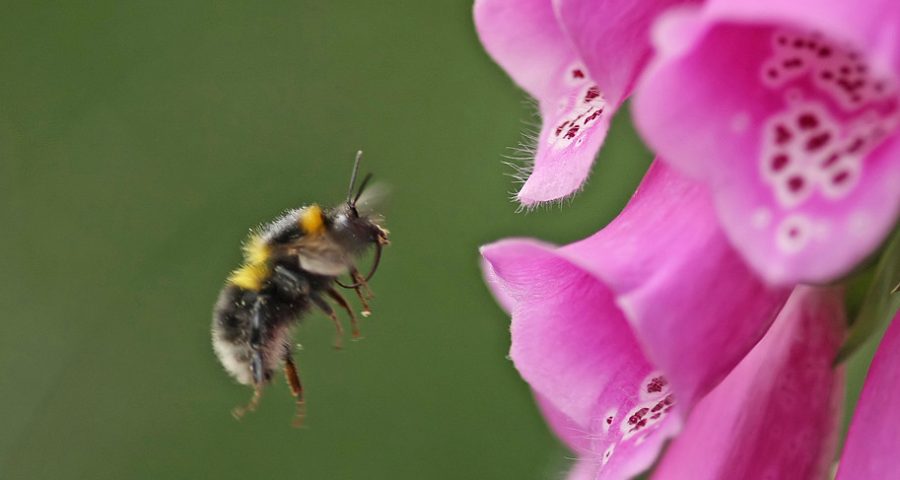 Foxgloves are purple or white bell-shaped flowers native to Europe. They hang off the stem, like fruits, and have short tubes that store nectar. Perfectly shaped for bumblebees!

Two centuries ago, some foxgloves left their bumble-buddies and moved to the Americas. Did THEY make new friends?

Christopher Mackin at Birmingham University, UK, and his colleagues wondered. Over three years, the researchers recorded the flowers’ visitors in England, Colombia and Costa Rica. They carefully kept watch for three minutes at a time, around one week each year..

And hey! The flowers made some new besties — hummingbirds! But did they completely forsake their bee-buddies?

Foxgloves in the Americas had about twenty percent LONGER tubes than the European ones! So long-billed birds find it easier to get at the nectar than short-tongued bees do.

With humans changing their surroundings, animals AND PLANTS adapt to their new environments.

For now, for the bees…? Ooh, that STINGS!