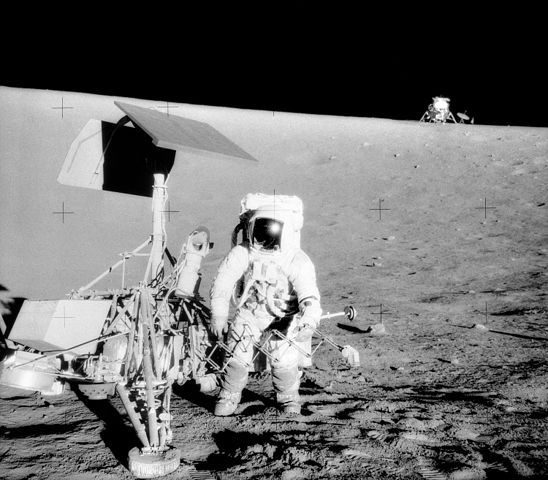 How many people does it take to fake a moon landing?

It’s not a very good joke. But that number, 400,000, is totally legit: So says physicist David Grimes.

Grimes is a cancer researcher at Oxford University. He hears from lots of people who think there’s a conspiracy to hide the cure for cancer. For financial and other reasons. So he wanted to find a mathy way to evaluate such claims.

He devised a model and tested it with actual cover-ups that turned out to be real. Like the Tuskeegee syphilis experiment. That helped him figure out the scale of cover-ups and how long they can be maintained. Based on the model? A moon landing hoax could have lasted at most four years.

As for the moon being made of cheese? That’s totally true. And all 400,000 of my friends will tell you it’s delicious!