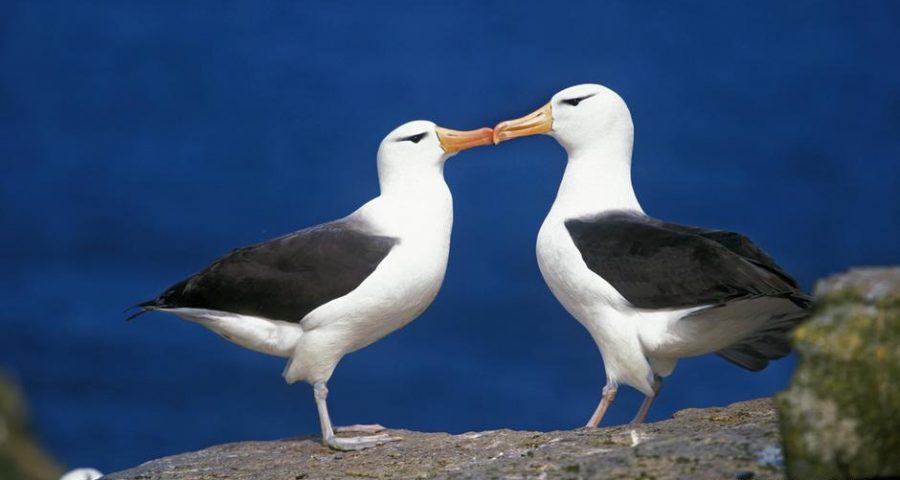 All aboard for Love Island! For the albatross seabird, that’s The Falklands. Albatrosses are monogamous, generally mating with one partner for life. Or at least, for a while —  like us, they can divorce and find new partners! But what makes seabird couples part ways?

Francesco Ventura and colleagues at University of Lisbon spied on this “fowl” relationship drama.

They tracked the mating choices of over four-hundred females for more than FIFTEEN years. If a female found a new mate the next season, it was marked a divorce. The team also collected sea surface temperatures from public satellites. They searched for connections between divorce rates and temperature changes.

So, what makes the feathers fly? The team found that females’ divorce rates were influenced by climate change! Females dumped their partners more during years with unusually warm sea surface temperatures. This may be due to decreased availability of the birds’ food.

In other words, when the cupboard is bare, the honeymoon’s over!