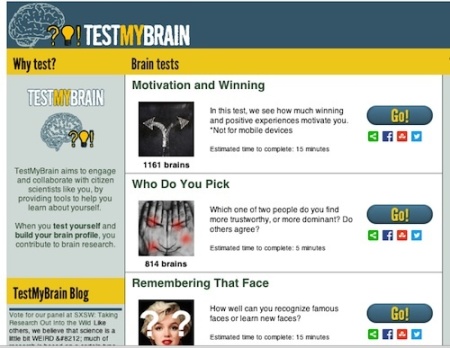 This is Sandra Tsing Loh with the Loh Down on Science, saying:  Don’t be scared.

This is not some real-life version of The Walking Dead.  We’re talking about the website testmybrain.org has online puzzles and activities for people to do.  But the activities are really experiments, designed to test scientific theories about how the brain works.  This is no secret.  The site even lists the academic papers that have resulted from players’ data!  Which is anonymous, though you will be asked for things like your age and ethnicity.

If, like some of us, you did, shall we say, poorly, you can play again.  Try it yourself at testmybrain.org

And again and again.  Darn those flashing cars!  I’m doing it for science!  Really!!!