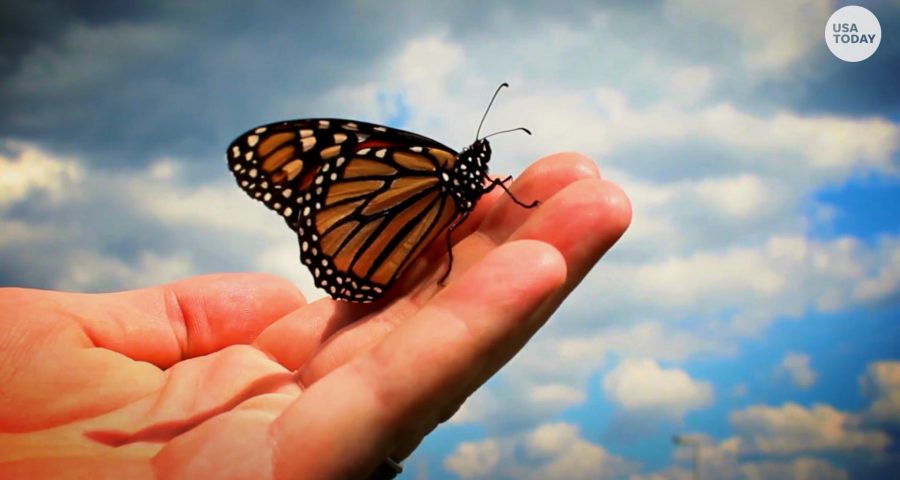 Emerge from your cocoon, butterfly! But not in the house.

Some kind humans are helping to boost the population by fostering and releasing monarchs. But do homegrown butterflies have the same internal compass?

Enter Ayşe Tenger-Trolander and her colleagues from the University of Chicago. In a mini-flight simulator, they measured monarch butterfly flight patterns. Then they compared the flight directions of domesticated and wild monarchs.

Results? Butterflies raised inside had a TERRIBLE sense of direction! Those raised exclusively outside had an easier time going south. Why? Unclear. Researchers suspect that indoor settings tamper with butterfly development.

So, should people stop fostering butterflies? No! Sadly, monarchs are in danger of extinction. They need all the help they can get! But raise them OUTSIDE so they can find their way south when released.

So, spread those wings and fly away, little butterfly!