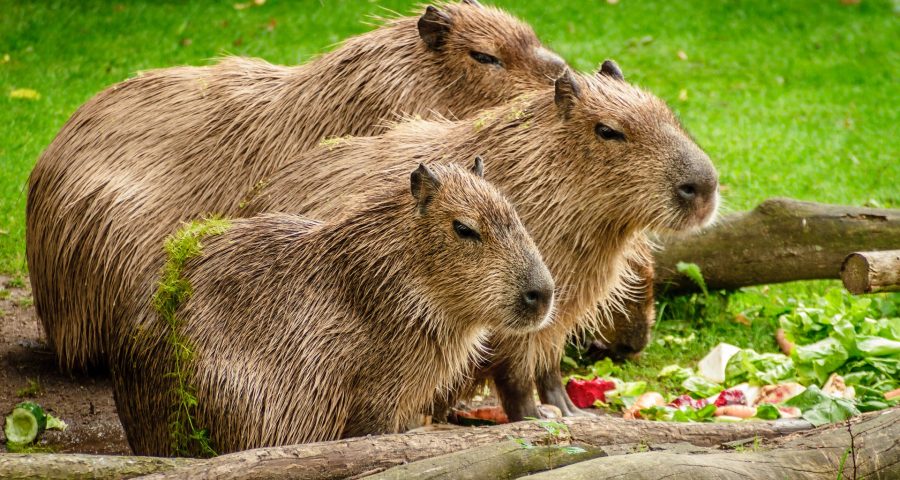 Termites and rats are bad enough! What if you woke up to find giant brown guinea pigs roaming around your lawn?!

Capybaras, native to South America, are the largest rodents on earth. They’re good friends to most animals, but pests to some humans! In many countries, it’s illegal to hunt them.

Natalia Ruiz-Tagle from the University of Bristol in the UK wondered. Is there a harmless way to drive capybaras away?

At first, they were driven away by the predator’s scent. In some areas, less than 10% of the original number of capybaras were seen. But after a few days – they were back!

The team says the capybaras got used to the jaguar smells. They think that adding a jaguar-noise soundtrack could be more effective!

Or maybe some cheery-yet-annoying pop songs? Don’t worry, be capy!