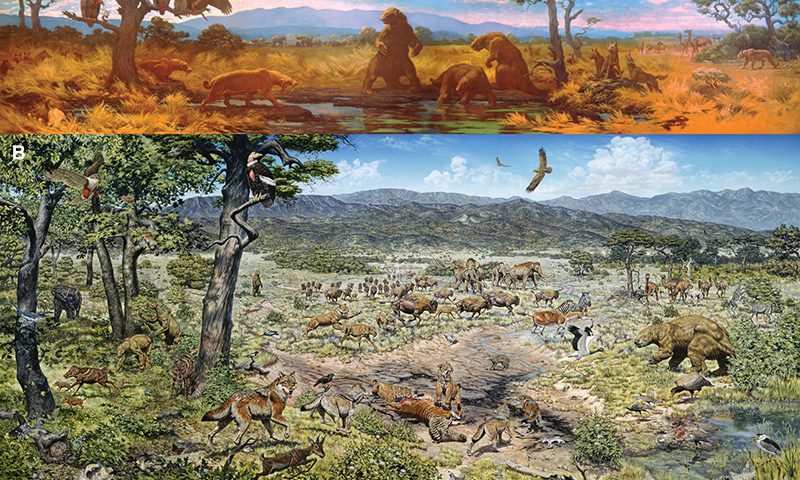 Today, the elephant in the room is … a mammoth?

Remember the mammoth, Manny, from the Ice Age movies? Then you can probably picture SOME ancient animals. However, the artists’ renderings – or PALEO ART – we’ve had for some of these creatures are inaccurate! But how do we change these PREHISTORIC perceptions?

Enter Matt Davis and team from the Natural History Museum in Los Angeles! This museum is home to the La Brea Tar Pits which have preserved prehistoric ecosystems. Scientists study fossils taken from this site to learn how animals REALLY looked and behaved.

The researchers worked with animators to make 3D digital models of our prehistoric pals!

These ancient animals are now available to see in augmented reality on your smartphone! Watch a teratorn fly through your backyard! Or hear a dire wolf howl in your kitchen. The team says these models reflect our most up-to-date knowledge of these extinct beasts!

And represent a MAMMOTH step forward for paleo art! And Hollywood blockbusters.