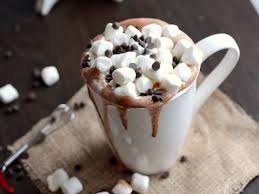 Our memory declines with age. Neurologists at New York’s Columbia University may now know why—and what to do about it.

They studied a specific brain area, the dentate gyrus, or DG. As we age, DG function shows consistent changes. So neurologists theorize it might be a source of age-related memory decline.

The neurologists were also intrigued by recent research with mice. The mice were fed flavonols Those are the health-boosting compounds found in some plants. The study found that in mice, flavonols boosted DG function!

Could the same hold true for humans?

To find out, the researchers had older adults drink a flavonol-rich beverage. Specially formulated cocoa! A control group also drank cocoa, but without the flavonols.

After three months, all participants had their brains scanned. Result? The flavonol group’s dentate gyrus showed more blood volume than the control group. And their memories were sharper.

But at my age, I’ll conveniently forget that!