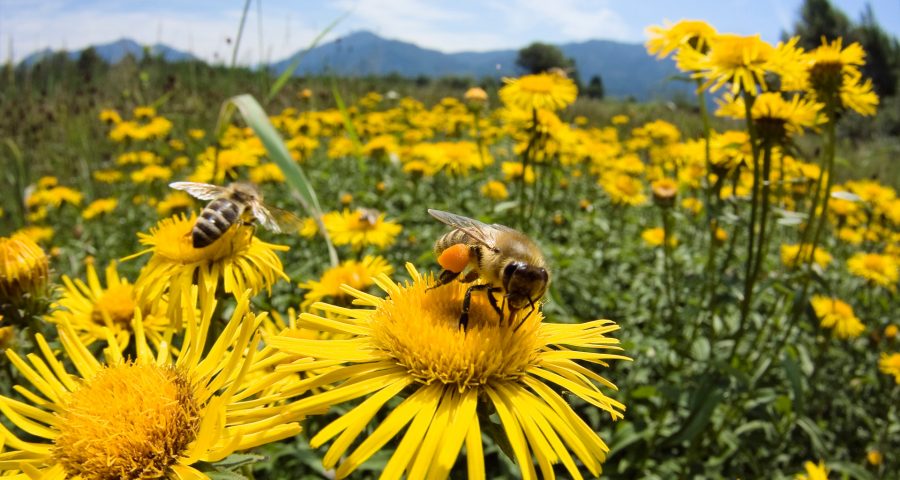 Counting really IS the bees knees!

We count on bees to serve as nature’s top pollinator. Speaking of counting… How DO bees keep track of all those flowers?

At Queen Mary University of London, Vera Vasas studies how bees think. She also wondered: Given their modest brainpower, how exactly do they do it?

To learn about the bee, one must first think like the bee! Bees like to hover closely to things, and generally avoid repeating destinations. We humans can look at a group of objects from afar and count them in our heads.

But bees have no such ability!

Vasas aimed to replicate bee behavior with a highly simplified “bee-brain” computer model. Her digital bee only had four brain cells and scanned for simulated flowers.

What did she learn? The digital bee COULD reliably count! This study shows that bees can do impressive tasks, with VERY small brains.

Inspired by insects, scientists could design better performing computers that use LESS power!

…and THAT might help take the STING out of your next laptop purchase!