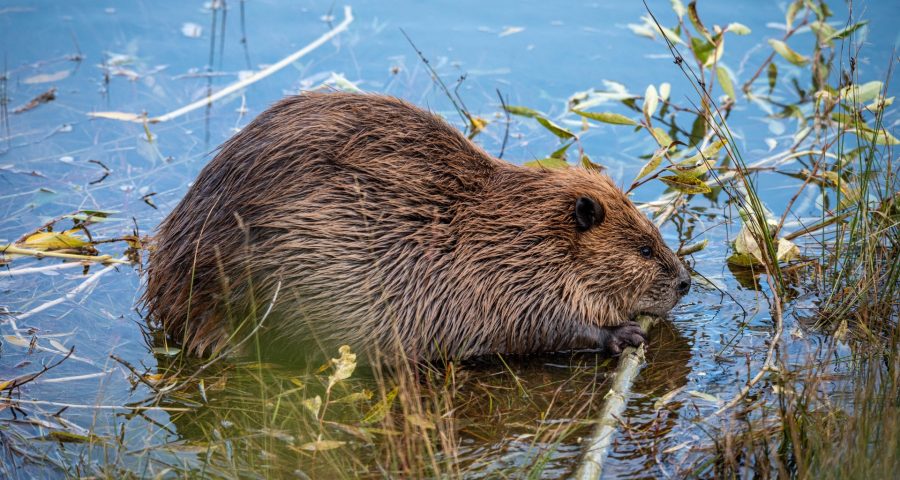 Does the Arctic have a…GNAWING problem?

Shorts and sandals in the Arctic? It’s getting warm up there! And like many humans, some animals love the warmer climates. Melting ice means summer homes on the tundra! But is there something, er, FISHY going on?

Benjamin Jones from the University of Alaska Fairbanks watches the changing Arctic through satellites. Along with colleagues from all over the world, he found some DAM-ming evidence.

In short, beavers! Brown, furry, around sixty pounds and armed with formidable front teeth. These rodents have been busy developing property in parts of northwestern Alaska. The number of beaver dams grew from around one hundred to over four hundred in just nine years! Talk about neighborhood development!

These beaver constructs make lakes and streams BIGGER. The water warms, making Arctic ice around them thaw even faster. Scientists are now keeping an eye on these busy beavers to protect the Arctic’s future.

Looks like building permits shouldn’t be limited to humans!