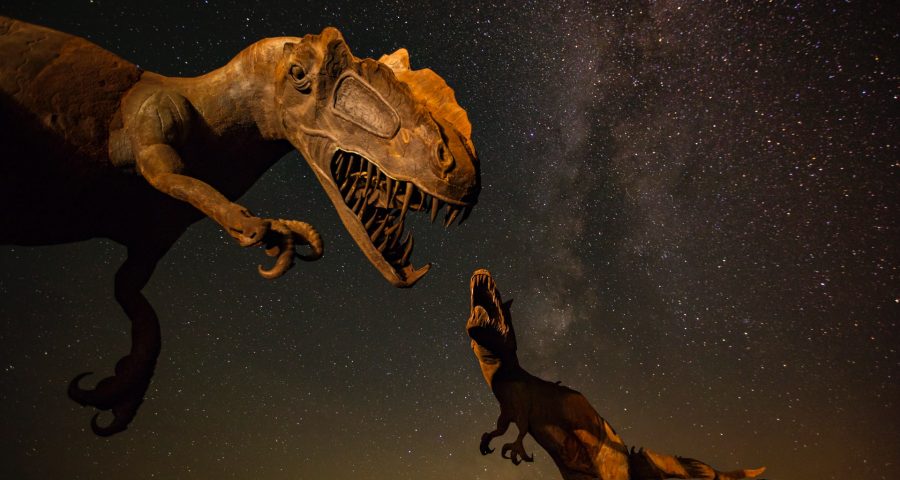 Dinosaur fossils are found all over the world, including the North Pole! What were they doing up THERE?

Enter Patrick Druckenmiller from the University of Alaska Fairbanks and colleagues.

They studied over ONE HUNDRED dinosaur fossils from northern Alaska, near the North Pole. The fossils were super tiny — smaller than a fingernail! To identify them, the team analyzed the shape and internal bone structure of each one. Then, they compared these traits to known dinos.

Surprise! They were BABY dinosaur fossils from over ten different species, including duckbills and tyrannosaurs! The tiny baby teeth looked like smaller versions of adult chompers. And the bones had signs of ongoing growth, like cartilage turning into bone at the ends.

Druckenmiller believes the dinos may have built nests or even lived in the far north year-round. If so, they must have found a way to avoid becoming dino-sicles! This could be more evidence for warm-blooded or feathered dinosaurs!