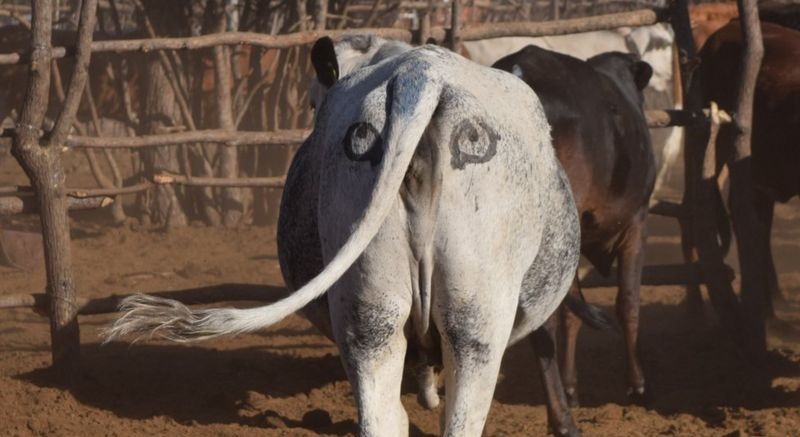 All eyes on MOO??

A hungry lion stalks unsuspecting prey then…MMMM – Dinner! Unfortunately, in South Africa, the menu is farmers’ precious cattle. BUT what IF the lion thinks it’s been spotted?

Enter Cameron Radford and team from the University of New South Wales. They studied whether watchful eyes could deter predators from chomping on cows.

The scientists painted over one-thousand cows’ backends with either fake eyespots or cross-marks. Another eight-hundred cows were left markless. Then they monitored whether the cows became dinner over time.

Over four years, eyespot cows almost NEVER became lion lunch! Even simple cross-marks on the cows reduced predation by more than HALF. BUT why?

Radford thinks the painted eyespots may be tricking predators into thinking they’re being watched! The hunters then abandon their attack altogether.

This “smokey eye” is more than a fashion statement! Simple strategies like fake eyespots may help farmers keep their livestock safe.