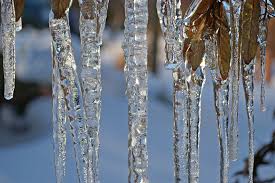 Sick of waiting for your ice cubes to freeze? Maybe the water is too cold!

Did you know that hot water FREEZES much faster than cold water? This paradox was first observed by Artistole centuries ago. It later became known as the Mpemba effect. Scientists have tried to understand it, but it remains a mystery. Possibly until now!

Enter a Spanish team of researchers led by the University Carlos Tercero of Madrid. They modeled the simple movements of liquid atom particles using computer simulations. They then watched the particles bounce and jiggle as they cooled down to a freeze.

Not only did the researchers confirm such a phenomenon exists. They believe that it exists everywhere! Turns out the Mpemba effect happens in any fluid—not just water! And the opposite may also be true. That COLDER liquids can heat up FASTER than hotter ones!

Learning to copy this effect may have useful applications. Like making our electronic devices cool faster!

But for now, we’re just going to have to wait for that Margarita on the rocks.