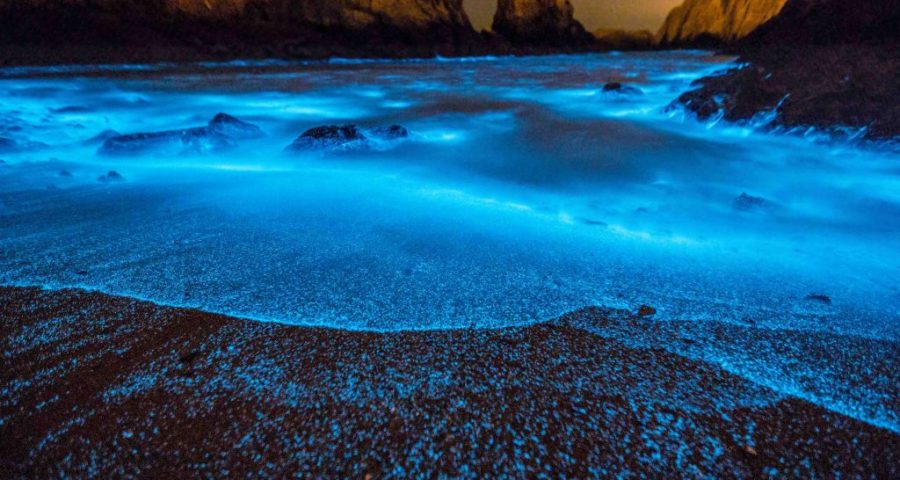 Some animals have a certain “glow”. It’s called BIOLUMINESCENCE! They use it to communicate in the ocean.

But Séverine Martini and Steven Haddock from the Monterey Bay Aquarium Research Institute are California-curious. They wondered – how many glowing sea-creatures can be found in THESE waters?

They analyzed SEVENTEEN YEARS of video observations off the California coast. Videos recorded the ocean down to a depth of almost thirteen thousand feet. The team counted the animals that showed up on film, like jellyfish and shellfish. They also classified the species and whether they glow.

Results? More than seventy percent of sea creatures they observed were a-glow! There were the same NUMBER of glowing animals at all ocean levels. But, some SPECIES were more common at specific levels.

Since most of the world is water, bioluminescence might be a major characteristic of earthly creatures!