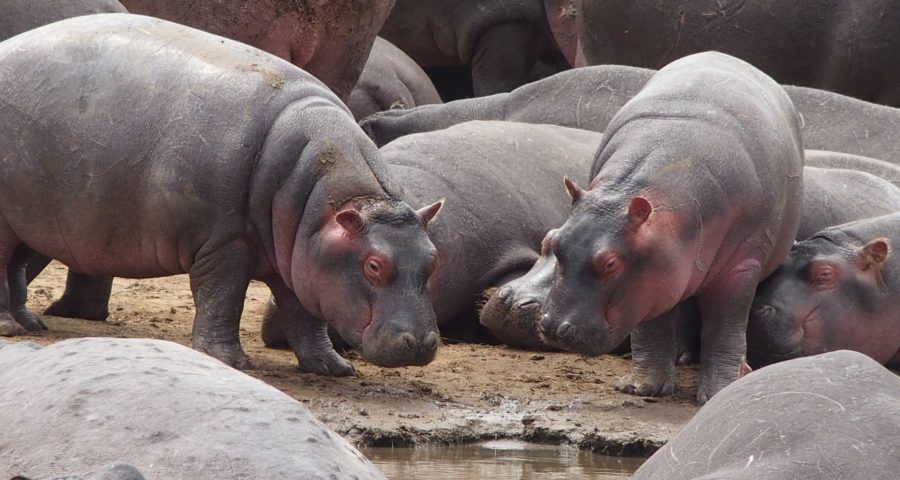 It would be HIPPO-critical to say I get along with EVERYONE!

Hippos communicate with a “wheeze-honk” sound. Think: New York cab drivers, rush hour traffic jam! But what are they REALLY telling each other?

Enter Julie Thévenet from the University of Saint-Etienne in France, and team.

They recorded wheeze-honks at seven close hippo pods in Mozambique. Then, they played the recordings for the hippos, and observed their reactions. How did the hippos respond?

That depends on WHO was doing the wheeze-honking! When the calls played were from friends or neighbors, the hippos approached and honked back. But when they heard strangers? The hippos SPRAYED POOP at them! And yes – they do that just the way it sounds. YUCK! Talk about territorial!

Understanding how hippos use voice recognition could aid in conservation efforts. When relocating a hippo, conservationists could play recordings of its wheeze-honks for the new neighborhood. And prepare the pod for its arrival!

So remember, hippos – SAY it, don’t SPRAY it!