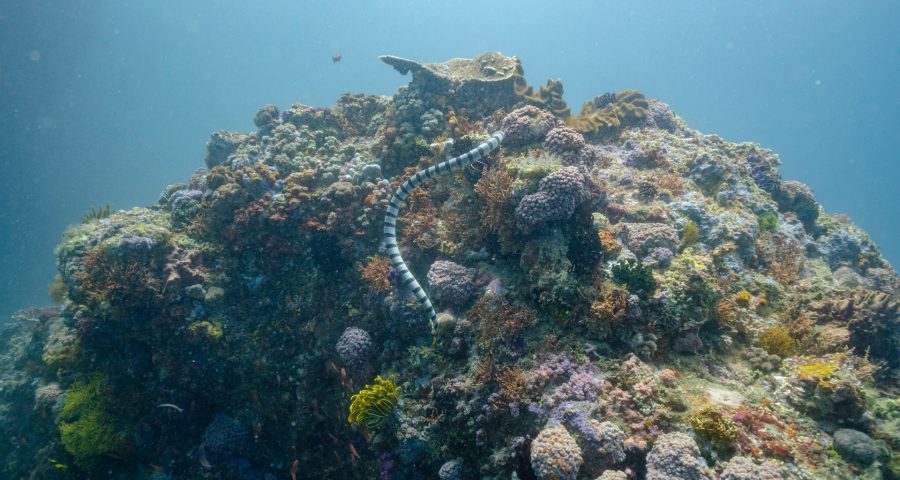 Lookout – snake on the make!

It’s summer Down Under! The water’s fine, but there’s something swimming towards you… Should you be worried?

Enter Tim Lynch of Australia’s Commonwealth Scientific and Industrial Research Organization and colleagues. They wondered why venomous Olive sea snakes are SO persistent in approaching divers.

The team conducted around two hundred dives near the Great Barrier Reef in Australia. They observed about one hundred and sixty human-snake interactions.

Results? Around seventy percent of MALE snakes approached divers. In comparison, only thirty-five percent of FEMALE snakes swam closer. These male snakes displayed courtship behaviors, like tongue flickers. They also made more approaches during breeding season. Swimming away only made the snakes MORE determined to pursue!

The researchers believe male snakes mistook divers for female snakes. When divers played hard to get, snakes thought their potential beaus were open to a romantic getaway!

Divers can be taught to avoid romantic snake behaviors, like swimming away. Maybe learning common snake dating habits will prevent those unwanted rendezvous!

We just need to HISS and make up!