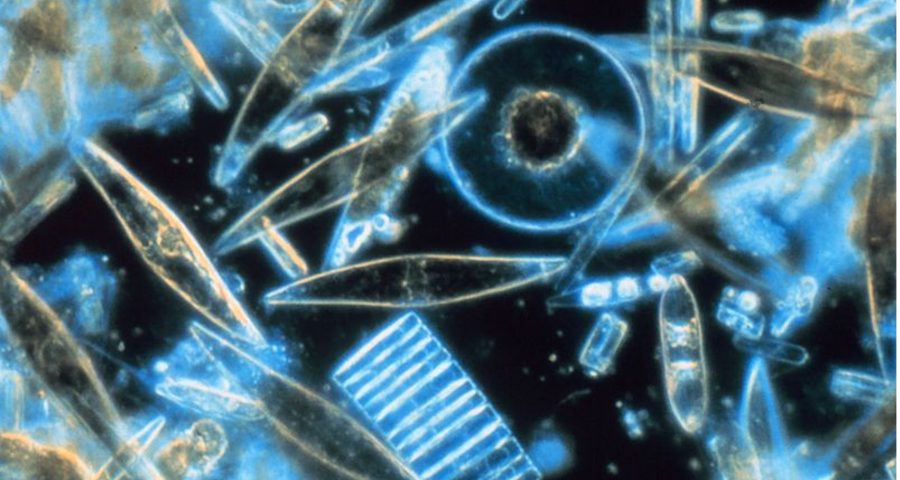 This is Sandra Tsing Loh with the Loh Down on Science, saying . . .

But things are worse for microscopic diatoms! These single-celled algae produce around twenty percent of Earth’s oxygen. They’re found at the surface of freshwater ponds ALL over the world! But HOW do these tiny globetrotters get around?

Faye Manning and colleagues from the University of British Columbia investigated. The team dipped over ONE HUNDRED duck feathers into diatom-laced water. Using an airflow chamber to mimic flying, they put diatoms to the test!

They monitored how many diatoms still grew after a four-hour flight. By size, that’s like a human traveling to the moon and back two-and-a-half times! They also tested if higher humidity levels stopped the diatoms from drying out.

And?? After four hours at high humidity, about HALF of the tiny diatoms survived! The researchers believe this FOWL flying helps explain how diatoms get around the globe.

Diatoms really QUACKED the code for cheap airfare! Me? I just take the redeye!