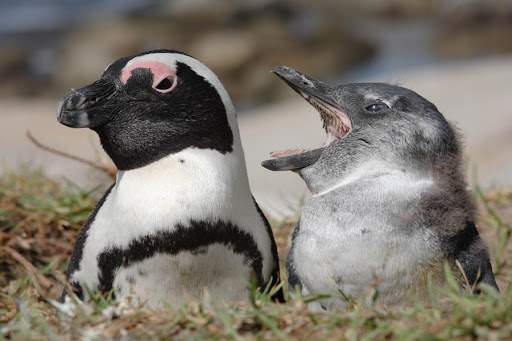 What did that jackass just say to me?!

African penguins have been nicknamed “JACKASS” penguins thanks to their donkey-like braying calls. But does their language have anything in common with OUR language?

A scientific team led by David Reby from the University of Lyon, Saint-Étienne investigated. They recorded nearly six-hundred songs from about thirty adult male jackass penguins. Next, they analyzed the songs to calculate the number of syllables. They measured the duration of each syllable and the abundance of each syllable type.

Short calls were most commonly used, and longer calls were composed of the shortest syllables.

Humans ALSO follow these two rules while communicating. Doesn’t matter what language you pick! The words we use most often in English, like “THE” or “AND” are very short. And longer words like “MAGNIFICENT” are made of shorter syllables.

This study sheds light on the linguistic similarities between us and the animal kingdom. It could help scientists better understand animal vocalizations.

Maybe even – like Dr. Doolittle – talk to the animals!