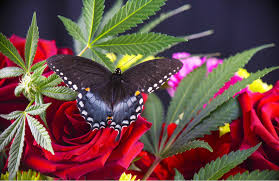 This is Sandra Tsing Loh with the Loh Down on Science saying:

Turn on, tune in, and LEAVE THE POT OUT.

Marijuana has been legalized in twenty-five states in the U-S, for medical or recreational use. Of those who smoke marijuana, 6 percent are pregnant women. Most women smoke to reduce the nausea associated with pregnancy. But is this a half-baked idea?
Researchers from the Robinson Research Institute wondered: Does marijuana use cause pregnancy complications?

To find out, they obtained data from the Screening for Pregnancy Endpoints (or SCOPE) study. Which set out to understand pregnancy complications. Women reported marijuana usage and cigarette smoking before and during pregnancy.

Results? Women who used marijuana through 20 weeks’ gestation showed a five-fold increase in preterm births. This association was independent of cigarette smoking status. The odds of preterm birth were double for marijuana users compared to smokers and non-smokers. The researchers were not able to identify if quitting before 20 weeks resulted in a normal birth.

These results suggest that smoking marijuana during pregnancy may result in complications.