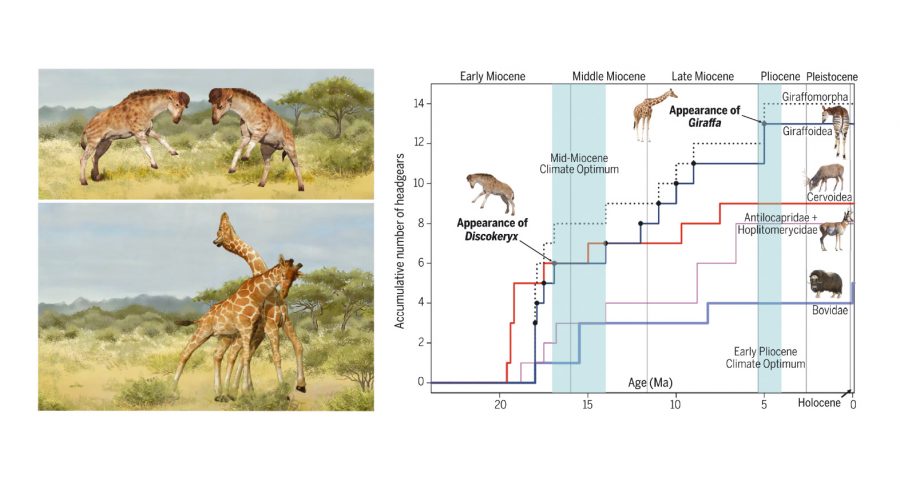 Let’s address the GIRAFFE in the room?!

This is Sandra Tsing Loh with the Loh Down on Science – or High Up!

YOUR neck can get pretty sore from craning upward looking at the giraffes at the zoo. But how did THEY get such loooong necks? It doesn’t happen overnight!

Shi-qi Wong and team from the Beijing Chinese Academy of Sciences investigated. They studied fossils from the giraffe’s ancient relative Discokeryx, or Disco for short.

And giraffes? They use their necks to fight. The researchers propose that giraffe necks grew for similar reasons as Discos’ heads. Over time, they evolved into the long-necked giraffe we know and LOVE.

This kind of evolutionary analysis could be applied to human fossils too!

Still think Disco sucks? I wouldn’t stick my neck out for you! Ya punk.