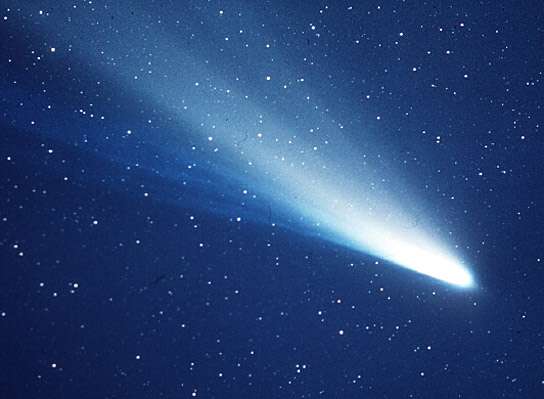 Space — the final frontier! And your next vacation destination?

This is Sandra Tsing Loh with the Loh Down on Science, saying B-Y-O-O!

Bring your own oxygen – there isn’t any! But what if space is more habitable than we thought?

Their inspiration? The long gaseous tails of COMETS! These burning chunks of ice and dirt generate oxygen while speeding through space. How do they do it?

To find out, the researchers did what comets do! Go REALLY fast! They shot out carbon dioxide molecules from a laboratory reactor at SUPER-high speed. The molecules move so fast that they bend and break like twigs. That releases the oxygens attached to carbon, producing breathable air – or OXYGEN!

Right now, the oxygen can only be produced in the lab with a small accelerator. Eventually, researchers plan to scale it up!

Generating oxygen on demand for explorers, space tourists and future residents is not their only goal. The researchers hope this discovery might even reduce climate change on our own planet!

If only Captain Kirk was around to see this!