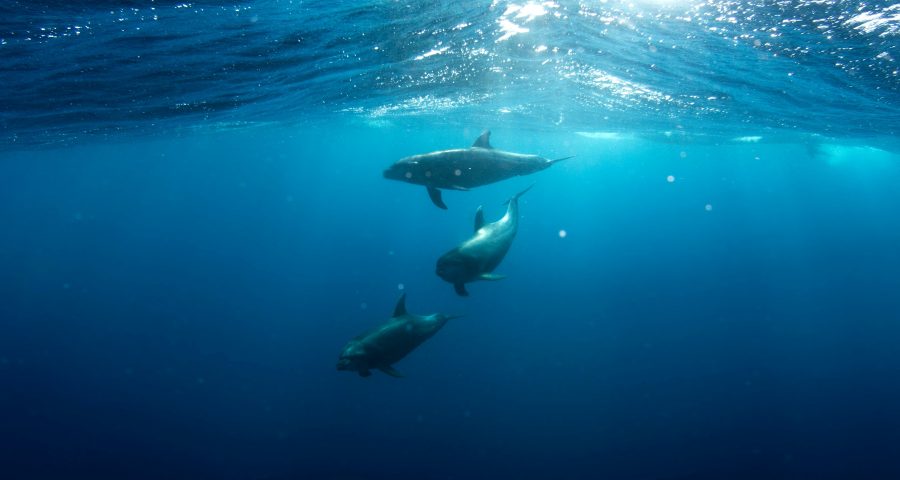 Just cuz all your friends are doing it…?

Teenage years: a time to try new things! For better or worse. Some stuff we learn from our parents, other stuff from friends. Dolphins are no different!

Case in point? Shelling! Dolphins chase fish into empty shells, then sluuuurp them up. But who teaches dolphins to shell — mothers or pals?

Sonja Wild and her team from the University of Leeds went to SEA!

They watched over a THOUSAND dolphins in Shark Bay, Australia. Using binoculars and photos, the researchers scouted dolphin groups for shelling. They also took DNA samples to identify dolphin families.

Turns out, dolphins learn to shell from their buddies – NOT their mothers. Dolphins seen shelling together were NOT family, but FRIENDS.

Dolphins can learn new skills from both mothers AND peers. Previously, this advanced learning style was only seen in humans and apes. Guess we have more in common with dolphins than we thought!