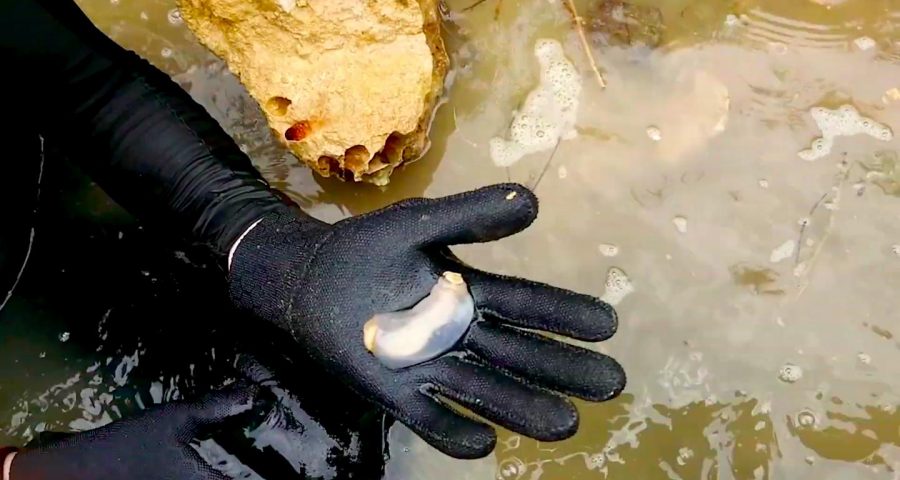 Sounds like an old Vincent Price B-movie plot, but be warned… these creatures are REAL!

So found an international team of researchers led by Reuben Shipway from Northeastern University. They identified a strange rock-eater found in the Philippines. Locals knew about the creature for years, but it was new for scientists. Its name? ANTINGAW!! But what exactly IS it?

Not as scary as it sounds! It’s a chubby, pink, four-inch long shipworm. Traditionally, shipworms were thought to only eat wood and burrow in ship hulls. But these Filipino shipworms eat calcium carbonate, the same compound that makes up limestone! After digestion, they poop out SAND!

How the worms get their nutrition remains a mystery. Next, the researchers will study the gut bacteria that allow worms to enjoy their food… on the rocks. They hope this will lead to better understanding of digestion, which may also benefit humans!

So put on your 3-D glasses, kids – the rock-eaters are coming to a beach near you!