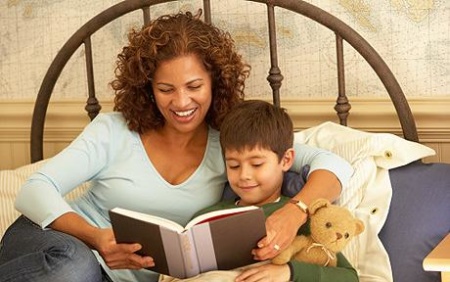 Big letters, bright pictures, and lots of sparkles! What better way to get a toddler hyped for storytime! But could all that visual bling be overloading their developing brain?

Toddler-whisperer Jessica Horst asked: fairytale or truth? At the University of Sussex thirty-six toddlers were put to the test. Learn new words from storytime! All of them were read to from a  book about cooking. The book had illustrations and names for some newfangled kitchen utensils. Only difference? The book’s layout. Some kids were shown two pages of pictures, while some saw just one.

After storytime the children were asked to point out pictures of the newly learned objects. Which book made the baby Einsteins? Those with only ONE picture at a time! Those kids learned almost twice as many words!

Horst concluded that too many pictures on the page distracted toddlers from learning new words. Less is more for these picturebooks!

It might not be time for college but look out for the next Dr. Seuss!