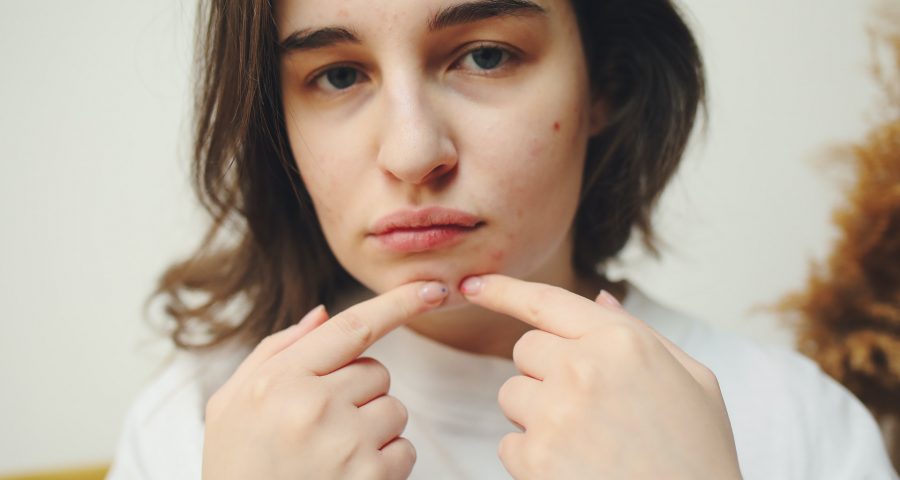 Pimples – they pack a PUNCH!

This is Sandra Tsing Loh with the Loh Down on Science, saying “put up yer dukes!”.

Our skin is home to more than one TRILLION microorganisms, battling for domination!

So Anyo Tsuro and colleagues from Osaka City University staged a Battle of the Bacteria!

In this corner — Cutibacterium acnes! Although it causes pesky pimples, this common bacteria protects our skin from fungus and viruses. VERSUS! Staphylococcus aureus, an aggressive bacteria that can cause deadly infections.

The researchers fed different strains of Cutibacterium acnes to roundworms. They identified one strain that didn’t harm worms — BUT had bacterial fighting genes. Could this fighting acne take on BIGGER opponents?

The scientists put both bacterial titans in the ring – er, onto the worms. And the battle was on!

Worms infected with acne bacteria survived about TWO TIMES LONGER than those without. This is promising because staph infections, like MRSA, can be resistant to antibiotics. Researchers think one cure for aggressive bacterial infections could be…MORE BACTERIA!! Safe ones, of course!

Now THIS breakout is a KNOCKOUT!