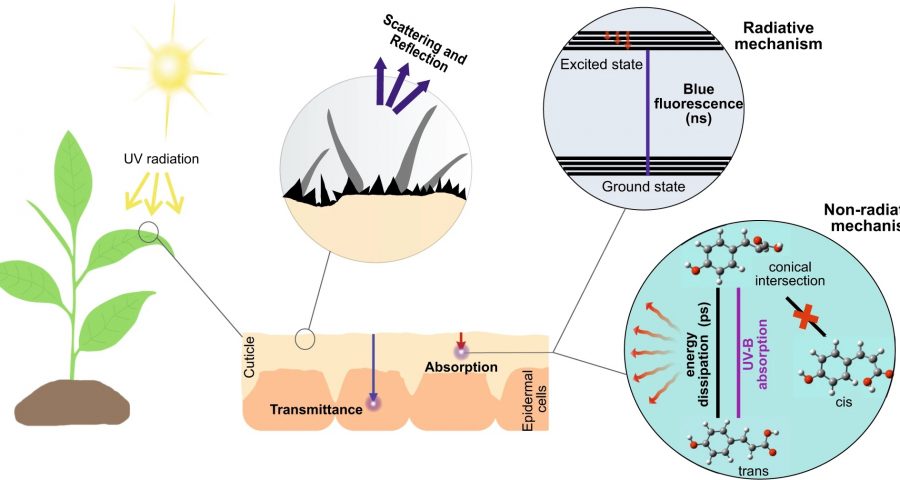 Do plants get SUNBURNS?!

It’s great to have some fun in the sun… for humans and vegetation alike! We get some vitamin D, they get some energy to make food… But sunlight on the UV spectrum is dangerous… It causes tissue damage and mutations in us AND plants. Also known as sunburn! WE have sunscreen, but what about them?!

Ana González Moreno and team from University of Malaga in Spain investigated.

They found that the plant’s outer layer, the cuticle, is its first line of defense. The cuticle armor blocks about NINETY PERCENT of harmful UV rays. How? With help from an ARMY of tiny molecules IN the CUTICLE. “Fall in line, soldiers! The vicious U-V rays are coming!”

The molecules break their position to absorb the rays. Then they quickly release the absorbed rays as heat and reset their position.

As for me I’ll be under a shady TREE. I call it natural sunscreen!