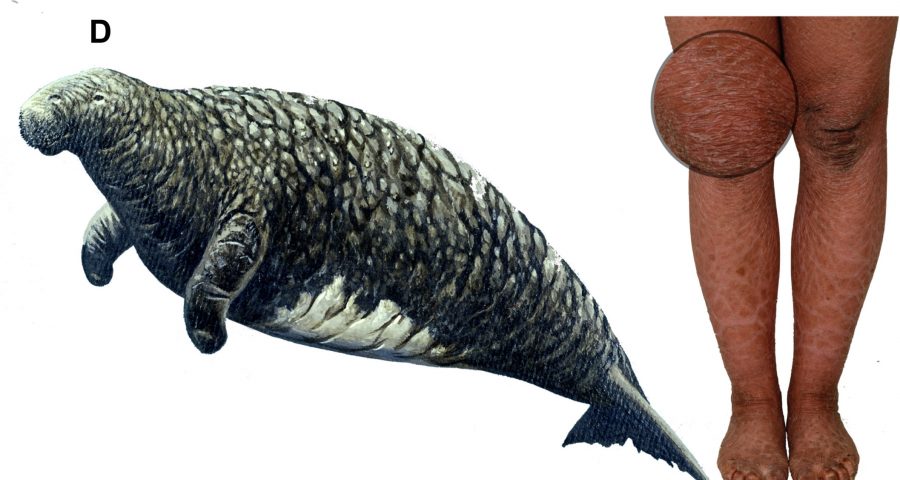 What boasts a bark-like coat…AND can float?

This is Sandra Tsing Loh with the Loh Down on Science, saying no, it’s not a kayak!

It’s the Steller’s Sea Cow – named for explorer Georg Steller — which lived in the Bering Sea. That is, until the last ones were hunted to extinction in the seventeen-hundreds. But Steller noted something strange about their skin. He reported it was more like the bark of an old tree… than an animal!

Diana Le Duc and colleagues from the Max Planck Institute for Evolutionary Anthropology wondered – what made these swimmers so tough?

The researchers analyzed DNA from the remains of twelve sea cows. They compared the sea cows’ genetic code to a wide range of other animals. From pufferfish to humans!

Results? The sea cows lacked the genetic instructions for certain proteins. These missing mini catalysts enable a range of chemical reactions in the body. Humans with mutations in the same genes have a condition that causes thick and almost SCALY skin. Like the extinct sea cows!

The scientists believe this specialized skin could have protected Steller’s sea cows against frigid Arcticarctic waters.

Too bad you’ll be waiting until the cows come home to see them!