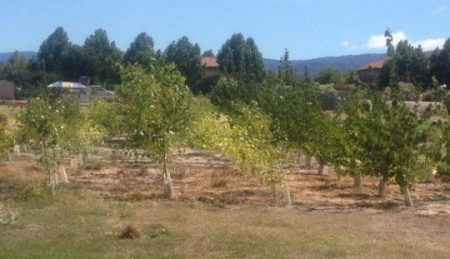 There’s no easy way to clean up the pollutant trichloroethylene, or T-C-E. This common industrial solvent leaches into soils from improper disposal or spills. Even worse, it causes cancer! How can we get rid of it?

Sharon Doty at the University of Washington and her colleagues had a clever idea–probiotics! That’s right, that “healthy bacteria”-like the stuff in your morning yogurt that aids your digestion. Poplar trees naturally produce a probiotic that breaks down T-C-E. So the team fortified poplars with ADDITIONAL probiotic. Then, they planted alternating rows of fortified and non-fortified trees at a polluted site.

What happened? Pollutant levels rose in the tree tissue of untreated poplars. But fortified trees were healthier!

Even better, T-C-E concentrations at that site went down sixty TIMES compared to areas upstream! Breaking down T-C-E in this way is cheap AND simple.

There may not be a complete pollution solution, but poplar trees? Sounds popular to me!