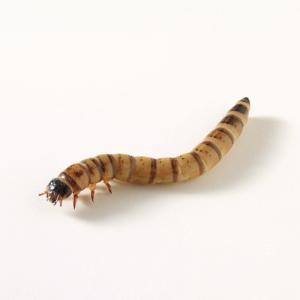 The Earth is DROWNING in plastic! Can we find relief — at the pet store?

Almost ten percent of all plastics are polystyrene. Think: foam cups and to-go boxes. Polystyrene can take HUNDREDS of years to break down. Is there a faster, eco-friendly solution?

Enter Hong Rae Kim and researchers from the Korea Institute of Science and Technology. They found an unlikely ally at the pet store. Superworms! Sold as lizard food, these worms have a strange talent – eating polystyrene! How do they do it?

The researchers let fifty superworms eat polystyrene for two months. Then they looked inside their stomachs.

What did they find? Turns out, worms aren’t recycling — it’s their gut bacteria!

These bacteria make chemicals that break down plastic, speeding up recycling from hundreds of YEARS to mere WEEKS!

Less than twenty percent of plastic produced each year gets recycled. These bacteria could be the future!

Then again, who better to save our planet than worms? They’re SO down to earth!