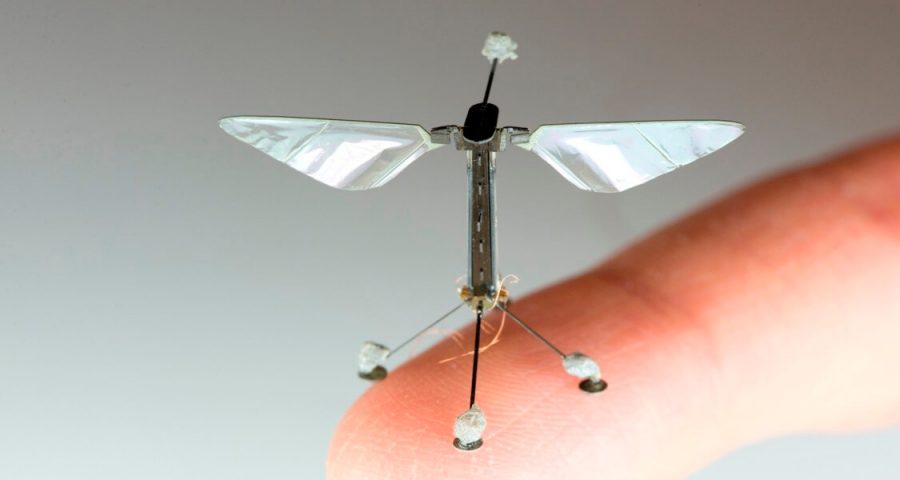 Drones help us explore areas we can’t get to on foot. But the bulkier the drone, the more difficult and dangerous to fly. So smaller IS better!

But microdrones can’t fly by themselves. Batteries are too heavy – they weigh more than the drone itself! So the drones must be wired to a power source. That is until…

Noah Jafferis and fellow engineers at Harvard University came to the drafting table! After studying drones on the market, they came up with some solutions.

Instead of batteries, researchers tried using a tiny solar panel. But, the panel still wasn’t powerful enough for the drone to take flight.

The solution? An extra set of wings – dragonfly style!

With that, the RoboBee X-Wing was born! About the size of an insect, it’s the smallest, wire free drone around. RoboBee can go where no other drone has gone before. Small spaces, precarious landings – no problem!

But, can RoboBee also make honey? No? I give it a BEE plus.