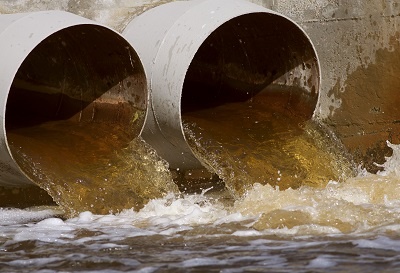 Toxic water running from a sewer to the river; Credit: Wavetop/Getty Images/iStockphoto

What does a city’s sewage reveal?  You’ll be surprised!

This is Sandra Tsing Loh with the Loh Down on Science, and the poop on municipal waste.

They got sewage samples from seventy-one U.S. cities.  They looked for genetic material found only in bacteria.  Sequencing it let them identify what types of bacteria it came from.

About fifteen percent of the sewage bacteria were human gut bacteria.  Every city has types in common—but in different proportions.  Some types are associated with leanness.  Others with obesity.  Based on their sewage, people in Denver seem to be leaner than those in Memphis.

The hope is to use sewage for other large-scale health studies.

And to boost American tourism!  Perhaps not.