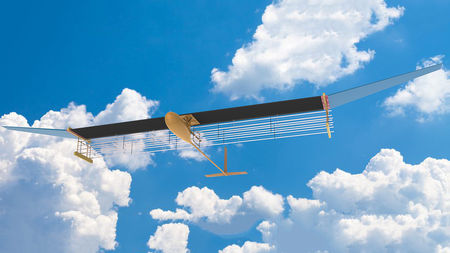 Aircraft fly using thrust from a power source to generate lift with their wings. Usually, that power source is a gas guzzling engine, or a noisy propeller. City dwellers pay the price – constantly bombarded with overhead noise, from planes to drones to helicopters!

But now, Steven Barrett and his team at MIT have created the first plane with NO moving parts!

Barrett’s aircraft is equipped with two wires, one out front and one in the back. The front wire uses a battery to positively charge the surrounding air. The negatively charged back wire rapidly pulls the air towards it. Any uncharged air molecules are swept along for the ride, generating ionic winds.

Best of all, this plane doesn’t rely on fossil fuels! No engine? No jet fuel!
And, no moving parts means nothing that can break, get stuck, or explode.