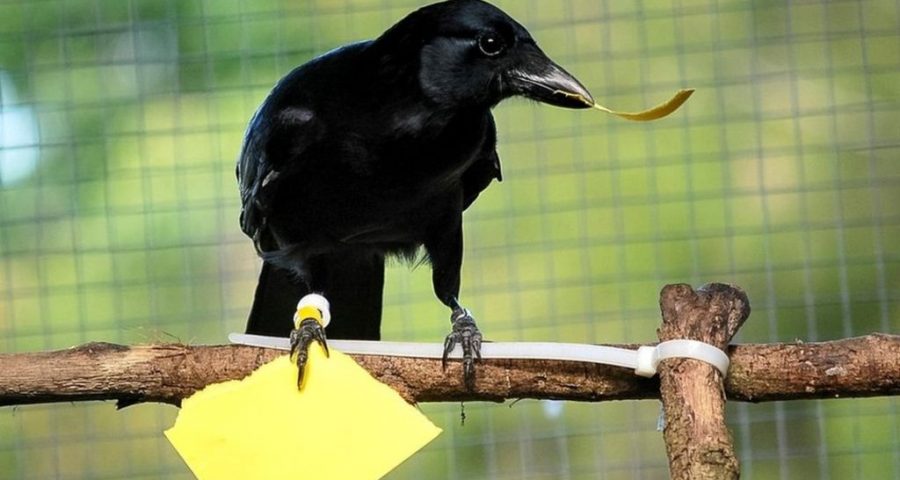 Starting with a cupcake, could you figure out how to make another one? If you didn’t know anything about baking, probably not! Humans learn by watching others and imitating behaviors.. Is that the only way to learn?

Sarah Gelbert of Cambridge University combined crows and vending machines to find out. Instead of money, the vending machines accepted certain shapes of paper tokens in exchange for treats.

The researchers gave the crows template tokens. The crows studied the shapes then automatically tore new tokens from whole pieces of paper. Unlike humans, the crows didn’t need a demonstration of paper tearing. They learned the new skill just by examining a finished product.

Perhaps paper tokens aren’t as difficult to make as cupcakes, but our feathered friends are still pretty smart. They learn in a totally backwards way.

I wonder what a bird-engineered world would look like? A world without IKEA manuals? I’m in! Who can follow those things anyway?!