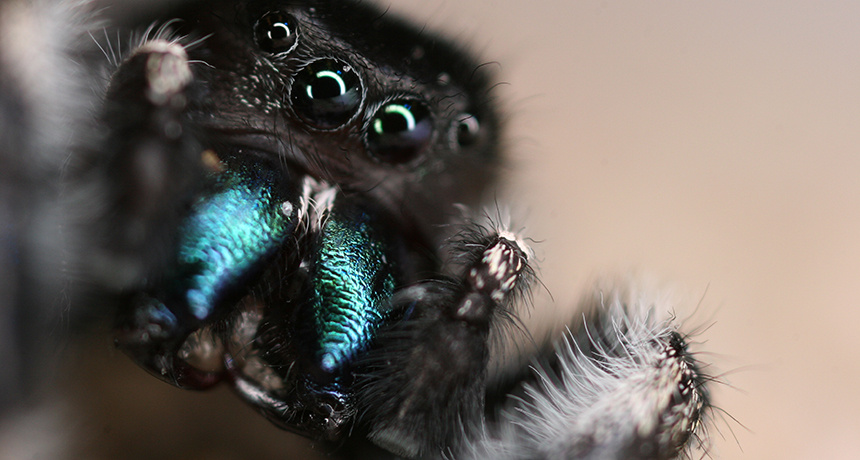 As if spiders weren’t scary enough…they’re listening to us, too?!

Jumping spiders are vicious predators known for their keen eyesight. Not so much for their hearing, because they lack eardrums. But now researchers from Harvard and Cornell have spun a spider tale worth listening to.

Paul Shamble and colleagues were recording the brain activity of spiders. While studying spiders’ vision, they noticed a blip in the brain when a chair creaked. Intrigued, they played pure tones through a speaker and watched how the spider reacted. It was basically a child’s hearing test, but with creepy crawlers.

When the sound matched the pitch produced by their predators, the spiders froze in place. Even from up to ten feet away! Freezing allows animals to focus on the threat and avoid being seen.

The brain data revealed a region that detects sound. But it’s not clear exactly how the signal gets to the brain. Prime candidates are the hairy legs, which can sense vibrations.

Who knew that Spiderman’s spidey sense was actually hearing!?