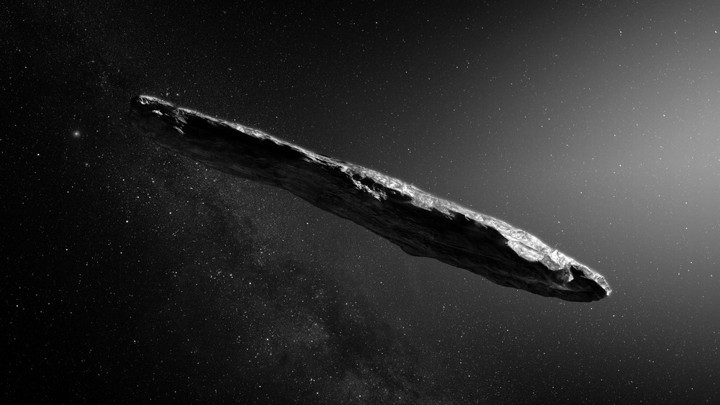 Are we being watched by visitors from another galaxy?

A couple of years ago, astronomers saw something unexpected in their telescopes. An object from another solar system! Named Oumuamua, this spinning, skyscraper shaped rock confounded the scientists. Was it an alien spacecraft? Or is somebody playing a game of cosmic spin the bottle?

Matthew Knight from the University of Maryland and his team analyzed the intruder. What did they conclude?

Oumuamua might just be a lost planet. Think Tatooine from Star Wars, which had two suns. Rocky little Oumuamua got too close to one of them and got sling-shotted out of the system.

Why the exotic name? Oumuamua is the Hawaiian word for scout. Our new friend is likely the first of many. Like a toddler throwing food, baby solar systems constantly toss planets out into the void. Scientists guess there may be two for every star in the galaxy. New telescopes coming in the near future will be on the lookout for more scouts. Hopefully, they’ll offer us a glimpse into alien worlds.

… from a long time ago and a galaxy far, far away!