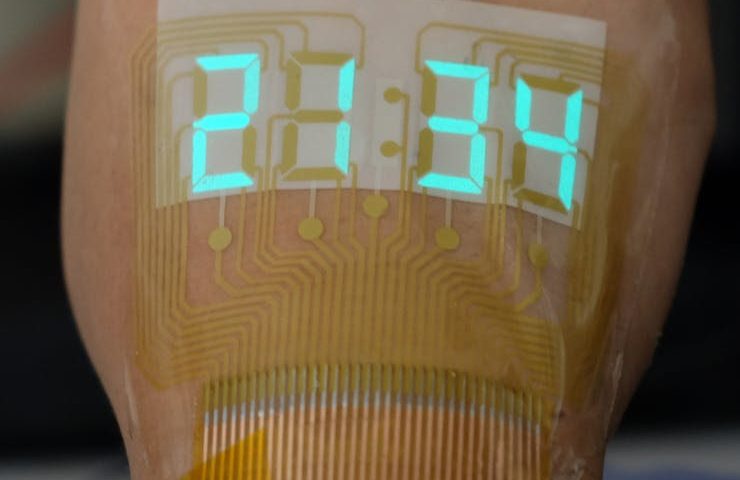 Tick-tock – TIME to get a tattoo?

Out for a run? You need a good stopwatch! But ouch…that chafing wristband! What about a glowing stopwatch display, right on your hand? Scientists have already developed these, but they need a lot of juice to glow bright enough to be seen. That level of voltage may be unsafe for humans.

But Desheng Kong and his team from Nanjing University have perfect timing! They have built a new, improved digital stopwatch display with increased brightness. It easily sticks to your skin, just like a temporary tattoo!

To build this new stopwatch, they made a nano-sandwich – a sandwich smaller than a strand of hair! Instead of bread, it uses two silver nanowires. The filling? Glowing particles called phosphors, dispersed in a special material. This material consists of tiny ceramic particles, embedded in a rubbery substance called elastomer.

So… hands on your watch, or watch on your hand? Your choice!