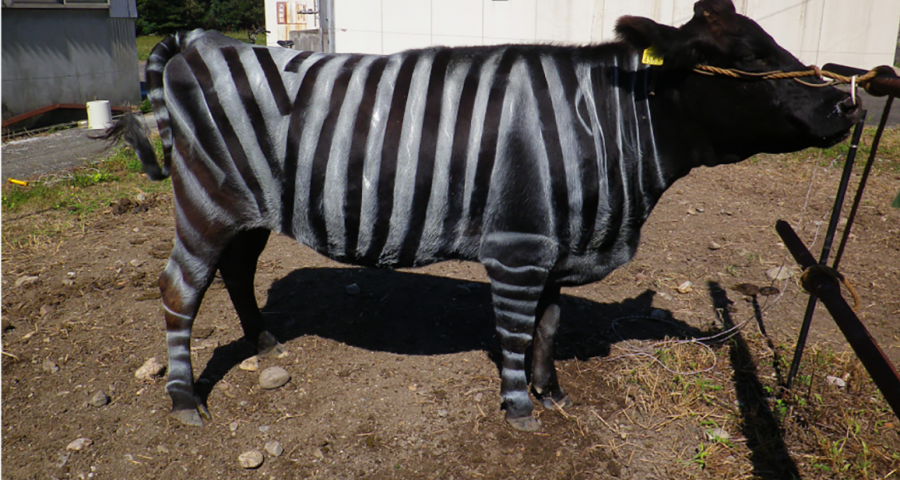 It’s been said that a zebra is just a horse in striped pajamas! But WHY do zebras have stripes? Past studies have shown they DON’T regulate body temperature or confuse predators. So, what’s the use?

Tomoki Kojima from Kyoto University and his colleagues wondered – could the stripes prevent bug bites? To test their theory, they gave cows a zebra-style outfit!

Two cows were painted with white stripes, two with black stripes, and two weren’t painted at all. All cows experienced each makeover! Then, the researchers took pictures of each cow, with and without stripes, and counted the number of biting flies on the cows.

Kojima suspects that the striped pattern confuses insects. They don’t know where to land!

The researchers hope that painting livestock with zebra stripes can be used as an alternative, pesticide-free fly repellent method.