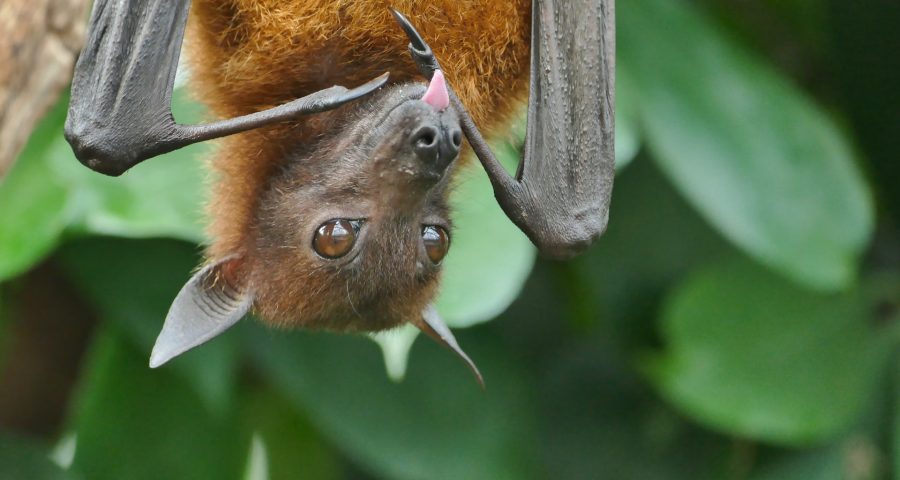 HELP! Turn on the bat-signal!

Like birds, bats have wings. But they’re actually mammals like humans! Like us, they’re social creatures and have to learn to talk to one another. How?

Ahana Fernandez, from Leibniz Institute for Evolution and Biodiversity Science and her team investigated.

The researchers spent six months following bats in Panama and Costa Rica! They began by identifying the adult bat language, which has twenty five syllables. In bat talk, syllables are distinct sounds surrounded by silence.

Then the team recorded vocalization from twenty baby bats. These three week old bats were making over FIFTY-FIVE THOUSAND SYLLABLES. Gradually, the number of sounds went down. By ten weeks, the pups only babbled some of the twenty-five adult syllables.

It turns out, bat pups and human infants share similar stages of learning languages! They gradually combine and reproduce sounds until they learn to make the sounds in context. Then, they’ll talk your ear off!

The researchers think we can learn about more human speech through bats!