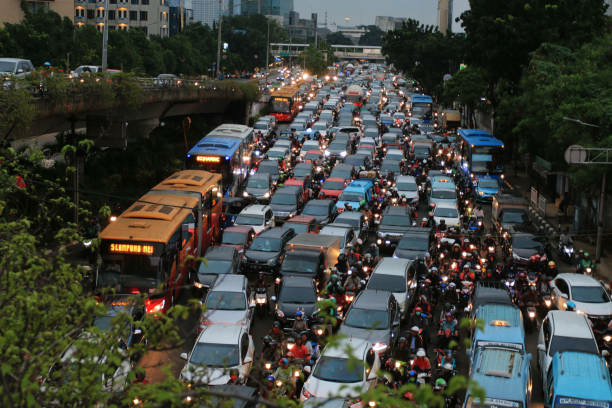 Stuck in traffic? You’re not alone—or maybe you are!

Traffic congestion just seems to be getting WORSE, doesn’t it??!! To encourage carpooling, traffic engineers created high-occupancy vehicle or H-O-V lanes. Cars with a minimum of two or three passengers get exclusive access. But do carpool lanes REALLY help?

Rema Hanna from the Harvard Kennedy School looked into it. She took advantage of a sudden policy change in Jakarta, Indonesia – a notoriously congested city. In April twenty sixteen, officials said: No more carpool lanes!! So how’s that working out?

Hanna and her team used data from smartphones and Google Maps to measure road congestion. They compared traffic delays and average speed both before and after the policy change. So should we carpool?

YES! Data showed that traffic delays in Jakarta nearly DOUBLED after H-O-V restrictions were lifted! Average speed during rush hour fell by half! No way around it!

So, let’s hear it for H-O-V lanes, drivers! If you want to go faster? Find a friend!