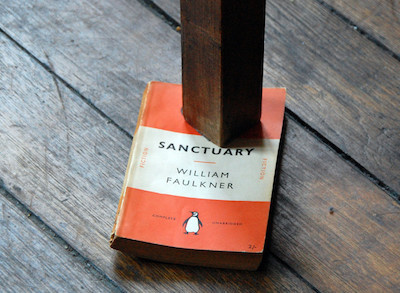 Wobbleology is the science of, yes, wobbly restaurant tables. New Scientist magazine coined the term. But the credit goes to these folks: researchers at Monash University in Melbourne, Australia, and physicists at Switzerland’s famous CERN lab.

For months, the two groups worked feverishly and separately on the same problem: to fix four-legged tables that wobble because the floor underneath them isn’t smooth. Unlike the average Joe, the scientists weren’t allowed to use sugar packets, matchbooks, folded paper napkins or the like. They had to use . . . math.

Independently, both teams developed the same principle to solve the problem. Backed by fifteen pages of trigonometry straight from hell, they determined that if you keep a square table roughly in the same spot, but rotate it around its center, you’ll find a stable point. Somewhere in the first quarter-turn. The table might end up resting on a slant, but it won’t rock.

Now, can one of you math geniuses help us figure out how to split up the tab? I only had a side salad!