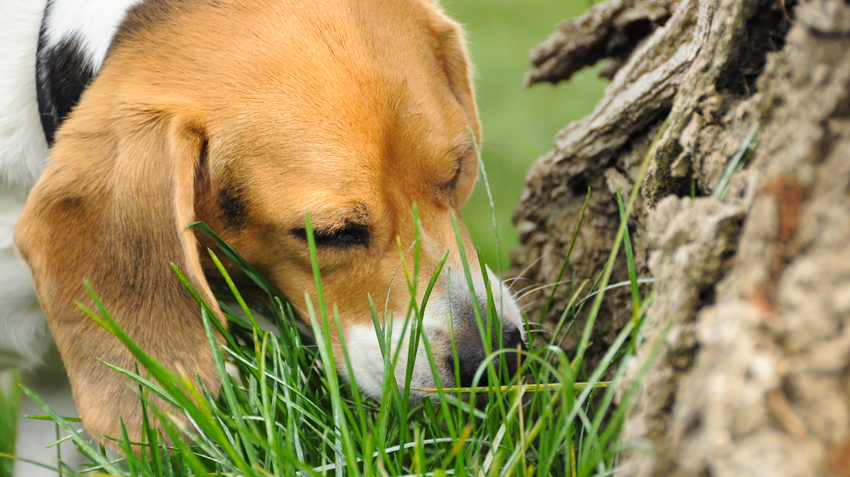 Think your dog resembles you? Maybe it’s the curly fur, the glaring distrust of the FedEx guy — or is it your… metabolism?

Peer Bork’s team at the European Molecular Biology Laboratory studied canine metabolism.
The researchers split a group of sixty-four dogs into two groups. They fed Group One a high-protein, low-carb diet. Group Two got a low-protein, high-carb diet, MY favorite!

Next, they scooped their poop. Not just to be courteous – to study the puppers’ gut bacteria! This helps us figure out how digestion works.

Scientists compared the bacteria in the poop with that of humans, mice, and pigs. Nutritional studies often use mice and pigs to mimic human digestion. But it turns out, dogs’ digestion is MORE similar to humans than either the pigs or mice are.

So before committing to a new diet, maybe have Spot try it out first! I hear there’s a lot of nummy carbs in Milk-Bones…