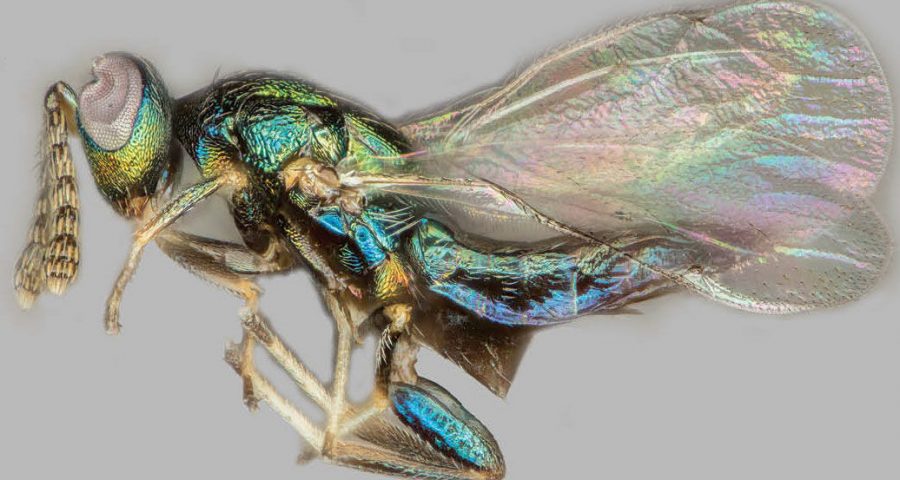 Tales from the Crypt… home to PARASITIC WASPS?

Parasites typically target only ONE species at a time. Researchers have assumed the CRYPT-KEEPER, a known parasitic wasp, was no different. Its typical host-du-jour is another wasp called Bassettia pallida… BP for short.

Both wasps lay eggs in oak trees. After hatching, crypt-keeper babies burrow into the bodies of BP babies. When the BP larvae try to escape, they get stuck — providing a full-service meal for the crypt-keeper!

But is the crypt-keeper TRULY a picky eater?

Meet Anna Ward and colleagues from the University of Iowa. They collected crypt-covered branches filled with wasp eggs and let nature take its course. The researchers expected to find only the corpses of B-P wasps. However, when the eggs hatched — Cha-Chung!

It was quite the crime scene – the crypt-keeper feasted upon SEVEN DIFFERENT wasp species! Ward thinks this highlights why scientists shouldn’t make assumptions about an organism’s behavior.

So be careful – It’s a wasp-eat-wasp world out there!

This script was written with Brenna Biggs