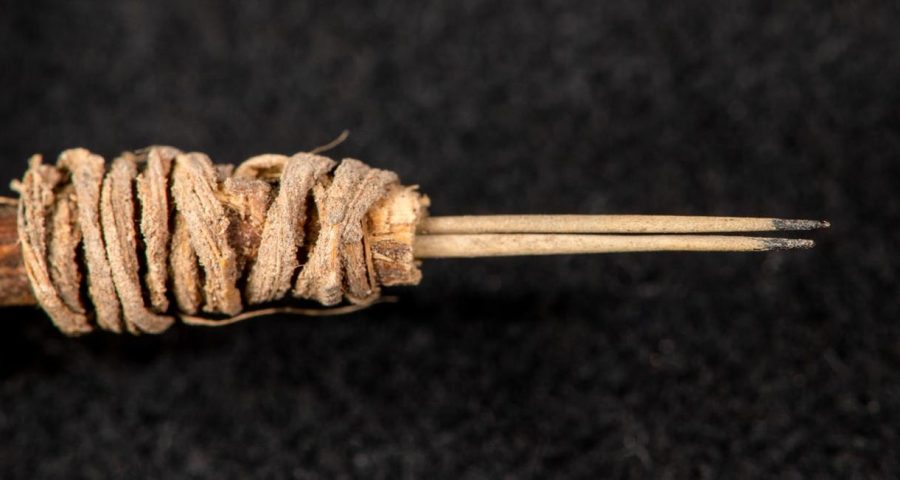 Hey kids – tattoos have ALWAYS been cool – even before you were born!

Ancient humans tattooed themselves both as a means of self expression, and to fit in with the gang. It was a permanent way of demonstrating commitment to a tribe. Those sound like the same reasons people get tattoos today.

But WHEN and HOW did we start inking ourselves?

Meet Andrew Gillreath-Brown from Washington State University. This anthropologist identified a pen sized artifact that had been sitting in storage for forty years!

Turns out, this cactus spine tool is a TWO THOUSAND year old tattoo needle! It was made by the Ancestral Pueblo people who lived in what’s now southeast Utah. That pushes back evidence of tattoos in this area by over one thousand years!

There hasn’t been much research into prehistoric tats up to now. That’s because there aren’t many preserved bodies with them. But this needle suggests tattoos might have been an important part of society. It’s a big clue in finding out where body art first originated.

So if tattoos have ALWAYS been cool – will my teenager still want one?