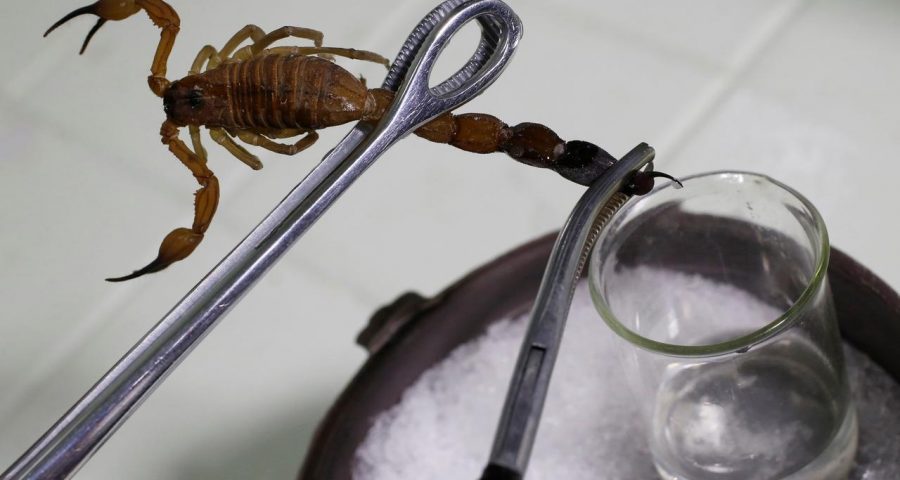 Smackdown! Scorpion venom versus resistant bacteria, who will win?

Scorpion stings pack a painful punch! But how do they fare in the fighting ring against smaller foes: antibiotic-resistant bacteria?

Enter Richard Zare and colleagues from the National Autonomous University of Mexico. They extracted scorpion venom and identified two major chemicals, one blue and one red. You can’t get much from milking a scorpion – so they recreated the chemicals – synthetically!

The colorful venoms then faced off against antibiotic-resistant tuberculosis and staph – two lethal diseases! The arena? Mice and human tissue infected with the drug-resistant strains.

Kid Blue was better at killing TB without damaging the mice’s lungs! Red Menace? Champion at taking down staph in human tissue. Let’s call it a TKO!

More laboratory testing is needed before scorpion venom is the new antibiotic. But researchers hope these results will generate new bacteria fighters!

Best of luck, scorpions! For now, I’ll stay outta the ring – and sting-free!