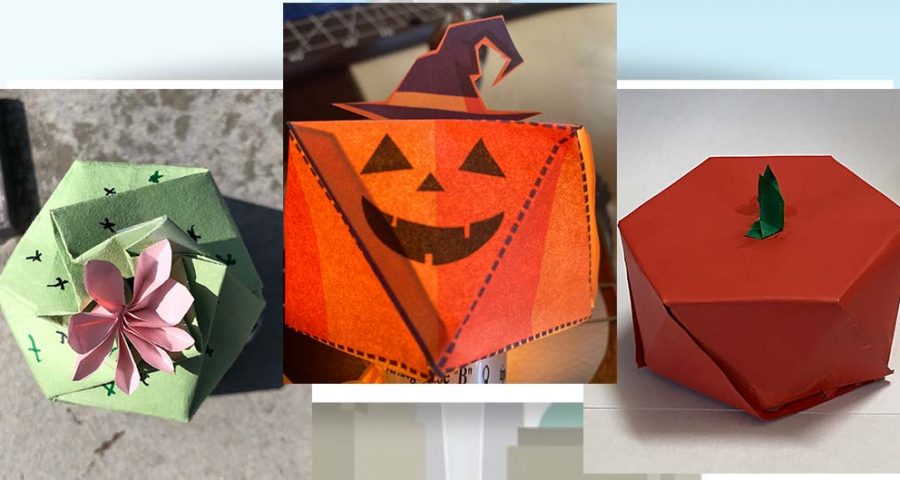 What’s the difference between the Baltimore World Trade Center and New York’s One World Tower?

One is a prism and the other is an ANTIprism! 3D prisms have two parallel shapes connected with rectangles. Think — cereal box, or a typical high-rise!

ANTIprisms have a novel twist — they use alternating triangles for their side faces instead. One points up, one points down! This aesthetically-pleasing geometry has inspired mathematicians, artists, and even architects!

Like David Childs — he designed the One World Trade Center in New York in 2014. Childs transformed the building’s shape into a tapered square antiprism with eight tall triangles. At nearly eighteen hundred feet, it’s the tallest building in the United States! The tower’s twisty shape helps it withstand strong winds and seismic forces.

Now it’s your turn! Design your own antiprism art, in 2D or 3D, for One World Antiprism Day this November 3rd — the tower’s anniversary. Submit a photo and win a free T-shirt! For more info, visit www.lohdownonscience.com.

Hmm, what about some antiprismic snacks? Doritos tower anyone…?

Check out the 1st EVER K-12 “One World Antiprism Day” Celebration here!